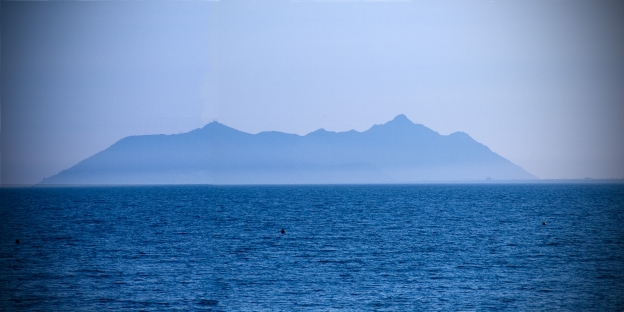 This section of the route, takes you out to Anzio and Nettuno. Today these are stylish seaside resorts, but once were scenes of some of the bitterest battles of World War II. After Nettuno there are 25 kilometres of protected sand dunes - part of the Parco Nazionale del Circeo.

The route goes out from Ostia and the lidos seem to go on forever, but eventually, you are out onto an area of protected beaches and sand dunes with views over the sea every now and again. The first scenic stretch comes to an end at Torvaianica and from there there’s a dozen or so kilometres through a fairly urban and run-down road before reaching the Lido dei Pini and an area of seaside resorts which continues into Anzio.

If the northern Lazio coast has left you feeling a little under­whelmed then you’ll hopefully start to perk up at Anzio with its attractive lungomare and beach. I’d avoid the bars and restaurants on the seafront itself and head into the centre of town. With a good train service to Rome, expect it to be busy on summer weekends.

The coastline between Anzio, and nearby Nettuno a few kilometres further on was the scene of one of the major battles of the Second World War.

In the winter of 1943 the German forces had estab­lished a defensive line - the Gustav line - across southern Italy. One end was at Minturno on the river Rapido.

The landing at Anzio was intended to help achieve a break­through by outflanking the Gustav line. But the problem was that the force wasn’t big enough to achieve that objective on its own and the main bulk of the Allied forces were bogged down on the other side of the Rapido river. The German forces, initially caught off-guard, quickly regrouped and began a counter-offensive and the Allied force began a desperate battle to avoid being overrun. What had begun as an attempt to put the Germans under pressure came within a whisker of becoming a huge defeat for the Allies.

The fighting here was some of the most savage and ferocious of any front in the war. With soldiers caught for endless hours in shallow, water­logged, foxholes. Both Anzio and Nettuno were devastated by artillery fire from huge guns in the hills near Rome. According to historian Lloyd Clark (in Anzio: Italy and the Battle for Rome) “300,000 troops together with their guns and fighting machines gave battle along a mere sixteen miles of front”.

At the 30 May 1945 Memorial Day, Lucian Truscott the General who had taken over command of the Anzio-Nettuno beachhead and led the eventual breakout returned to give a speech at the American cemetery. Among the audience was the cartoonist Bill Maudlin . Here is his account:

“ When Truscott spoke, he turned away from the visitors and addressed himself to the corpses he had commanded there. It was the most moving gesture I ever saw. It came from a hard-boiled old man who was incapable of planned dramatics. The general’s remarks were brief and extem­por­aneous. He apolo­gized to the dead men for their presence here. He said everybody tells leaders it is not their fault that men get killed in war, but that every leader knows in his heart this is not altogether true. He said he hoped anybody here through any mistake of his would forgive him, but he realized that was asking a hell of a lot under the circum­stances. One of the senators’ cigars went out; he bent over to relight it, then thought better of it.

Truscott said he would not speak of the glorious dead because he didn’t see much glory in getting killed in your late teens or early twenties. He promised that if in the future he ran into anybody, especially old men, who thought that death in battle was glorious, he would straighten them out. He said he thought it was the least he could do. ”

Bill Maudlin: The Brass Ring - A Sort of Memoir

Bill Maudlin deserves a paragraph or two. He was a soldier who began drawing cartoons for his division’s newspaper and went on to be awarded a Pulitzer prize. Maudlin worked on the Italian front - he was wounded at Monte Cassino. As well as being very funny and acutely observed, his cartoons give a great insight into the war as seen from the viewpoint of ordinary soldiers. Check out the small but well-chosen selection of Bill Maudlin’s cartoons on this page: awon.org 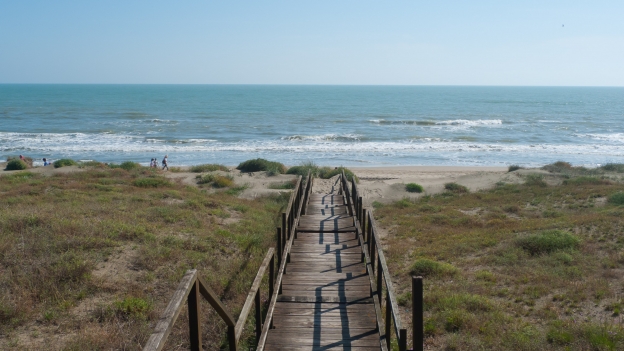 At Nettuno there’s a massive military base and the road turns inland for 8 kilometres or so. The road around the base is pleasant and, when I did it, pretty quiet. You come out again onto the coast at the mouth of the Astura river. From here on there’s a pretty glorious section of coastline. With kilometre after kilometre of unspoilt beaches, this is couldn’t be more different from Ostia with its stabil­menti balneari and lines of beach huts segreg­ating one section of beach from from another. The 25 kilometre-stretch of dunes are part of the Parco del Circeo. There are a fair number of bars and restaurants around - so you should never have diffi­culty finding a pleasant place to have a drink of something to eat, but merci­fully, for the most part, they haven’t tried to take over the beach, contenting themselves with renting you an ombrellone (sunshade) or lettino (sunbed). Just as it should be.

In the distance is the peak of Monte Circeo. The mountain is claimed to have been the island described by Homer in the Illiad where the sorceress Circe lived - although Wikipedia points out that “The diffi­culty has been raised, especially by geolo­gists, that the promontory ceased to be an island well before Homer’s time”.

This stretch of coastline runs along the edge of what was once the Pontine Marshes. The marshes were until really very recently a malaria-infested swamp which defeated all of the efforts by a a number of Popes (the area lies within what was once the Papal State where the Pope was not just a religious leader but ruler as well). It was finally drained, under Mussolini’s government, at great cost (both financial and human - many of the workers digging the drainage canals and dykes died of malaria ). Inland there are a number of new towns built to house those who were encouraged to settle here.

Antonio Pennacchi has written a brilliant novel (Canale Mussolini) describing the lives of a family who came to settle here. It’s also huge sweeping historical novel about Italy in the first half of the twentieth century. I assumed that it would never be trans­lated into English but (hurrah for Dedalus Books) it is: The Mussolini Canal (sample chapter). There’s also a French edition: Canal Mussolini - and probably it’s been trans­lated into other languages.

As you ride, keep an eye open for the memorial to the sminatori who undertook the difficult and dangerous work of clearing this coast of the minefields.

Along the way there are four lagoons so for much of the way you are riding with the laguna on one side and the dunes and the sea on the other. At one point the Ciclopista del Sole heads inland following the inland side of the laguna.

If you’re inter­ested in the ‘razion­alista’ archi­tecture of the period you might want to make the short detour into Sabaudia. Even if you’re not, it’s also a nice friendly place to stop for a coffee or a meal.

Further on from Sabaudia, on the eastern bank of the Lago di Paola (also known as the Laguna di Sabaudia), is the Villa di Domiziano (the emperor Domitian), now part of the Parco Circeo. The villa complex once occupied 46 hectares on a promontory on the lagoon.

According to the Assassin’s Creed Wiki

“ During the early 16th century, Cesare Borgia used the site as a facility for the manufac­turing of tanks designed by Leonardo da Vinci. The factory and its products were destroyed by a group of mercen­aries led by the Assassin Ezio Auditore da Firenze. ”

Sadly I suspect that this is an altern­ative fact.

There are lots of hotels around Anzio, Nettuno, the Lido di Latina and Sabaudia as well as further along the coast. There’s a useful listing on parks.it

There are more than a dozen campsites along this stretch of coast. I stayed at, and would recommend the Camping Sabaudia near Sabaudia - this was a pleasant site with a separate area for tents. At 16€ it was reasonable value. NB in the out-of-season period the campsite bar and restaurant closed early, but Sabaudia is not far away and there are lots of bars and restaurants on the coast road.

There are train services between Anzio and Rome as well as on the line between Rome and Terracina via Latina. 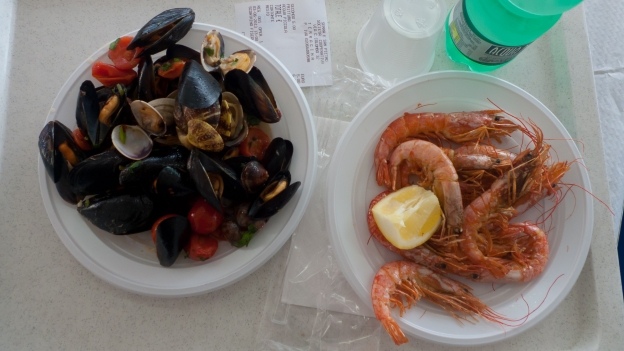