This tour is designed to give a flavour of everything that Puglia has to offer (and a little bit of the Basilicata region as well). The scenery includes the open rolling wheat­fields of the high plains around Altamura, the dramatic coastline of the Gargano coastline, and the olive groves of the Salento with their ancient olive trees. The tour takes in four UNESCO World Heritage-listed sites:

There’s a lot more besides: Lecce, which, with its baroque centro storico, coastal cities with sea-front cathedrals and castles, and the gleaming white cities of the high inland plain.

The Strada Statale 16 is the major road along the Adriatic coast running for hundreds of kilometres. The geography of the area means that the coastal strip has become a transport corridor with the major road and the rail line - and for long stretches it runs on the inland side of a railway embankment, so you don’t even get to see the sea. This can make travelling along the coast with a bike problematic. Some stretches of the SS16 have been ‘upgraded’ to super­strada, and in many cases bikes are banned from the super­strada. Fortunately the old road has usually been left in place and offers an altern­ative for local travellers and cyclists. There are other stretches where the SS16 seems to be the only altern­ative. I have spent a day cycling along a section and it was pretty tedious: this is quite possibly Italy’s most boring road - I started looked forward to the sight of a petrol station. If you’re looking at the map and thinking ’ooh that looks like a nice coastal road’ my advice would be to think again. If you are planning on cycling along the coast then defin­itely check out the bicitalia routes designed using the knowledge of local cyclists. 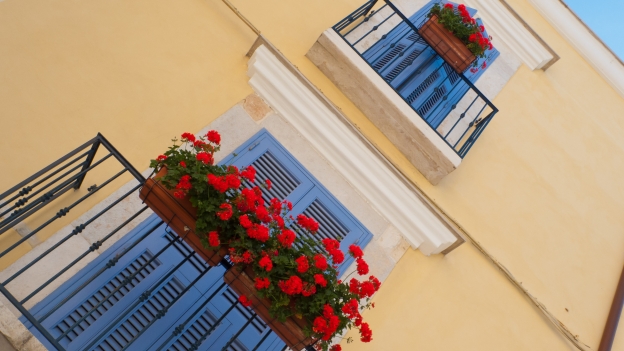 If you are flying, the two main airports are Bari and Brindisi. Brindisi airport seems to have a greater range of services even though Bari is the regional capital. From Brindisi you can take the train to Lecce or you could pick up the Bicitalia Ciclovia Adriatica to Lecce.

There are frequent high-speed train services between Lecce and Bologna (the rail hub serving northern Italy), but you will need to carry your bike in a bag.

At the end of the route at Rodi Garganico you can catch the train to Foggia and from there to other stations on the national network. Trains on this line are operated by the Ferrovie del Gargano. The company now has a fleet of bike-friendly trains; for more inform­ation (in English) go to: ferroviedelgargano.com: Bike transport on the train.

April, May, June and September are the best months to go - with blossom in the trees and wild flowers in the fields. Avoid July and August as it will be very hot and probably pretty crowded.

This route would work just as well in the other direction.

You could turn it into a figure of 8 by following sections of the Bicitalia Ciclovia Adriatica. They’ve also published a roadbook  for the section through Puglia;

There are lots of possib­il­ities for day rides in the Gargano peninsula and around Alberobello. 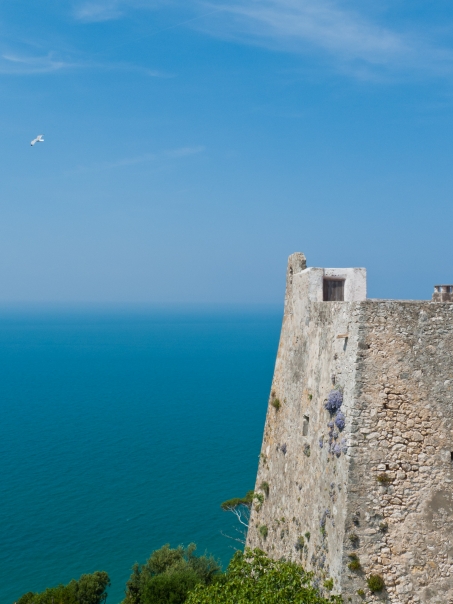 There are plenty of campsites along the coast. Inland, there are fewer campsites. Note however, that out of the main holiday season many hotels are campsites are closed, so it’s worth checking and phoning ahead if you are travelling in April, May or September.