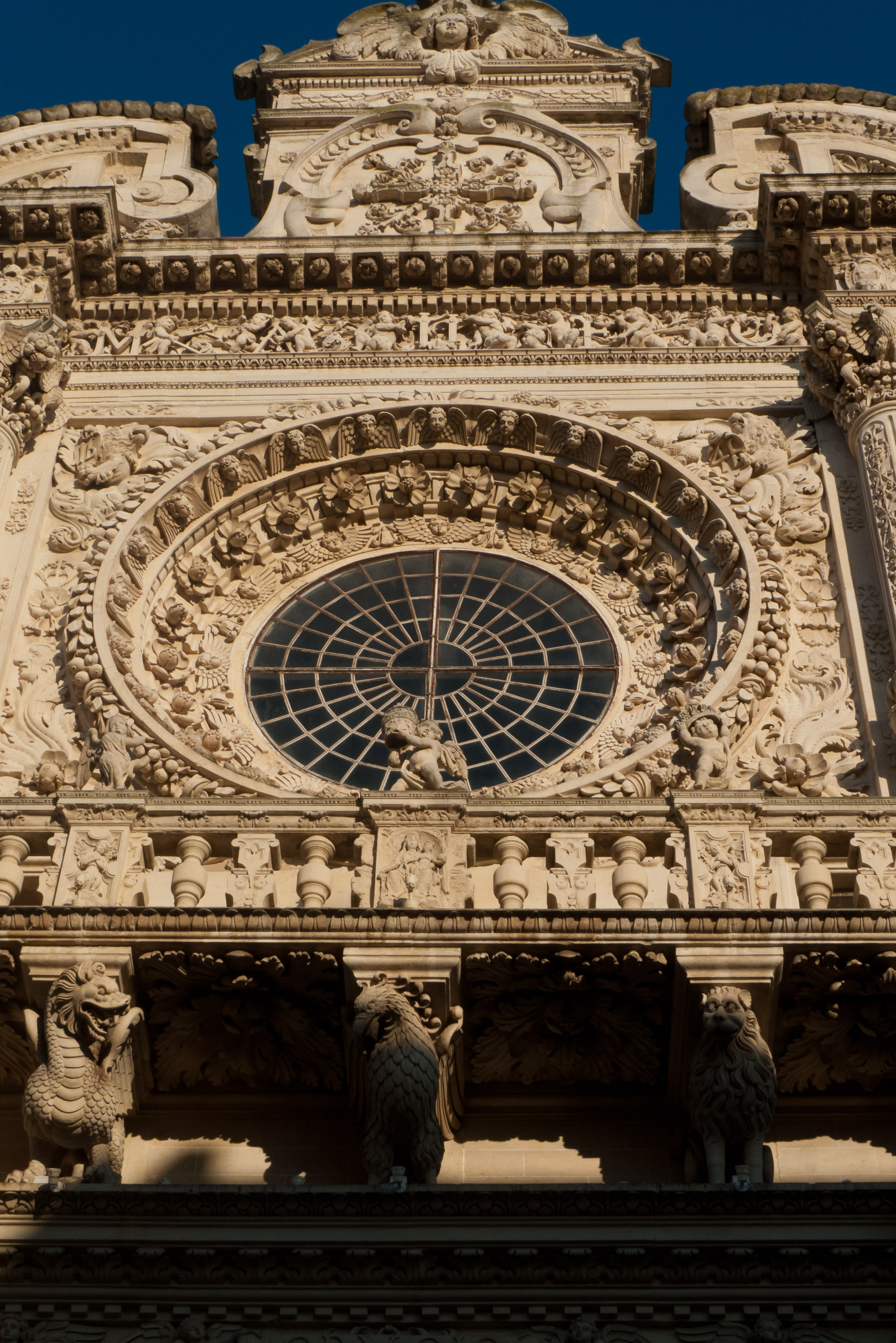 The route starts in Lecce, which, with its elegant baroque centro storico is an absolute gem. It’s well worth taking a day just to chill out and enjoy the city before starting your journey.

From Lecce we head for the coast, and the coastal city of Otranto then to the Finibus Terra (the south­ernmost tip of the heel of Italy).

This stretch of coastline with its limestone cliffs eroded into fantastic shapes by the action of the sea, is one of the most scenic in Italy - the caves excavated by the sea make it a popular diving destin­ation. Fortunately it has somehow managed to escape overde­vel­opment is relat­ively unspoilt and now protected. 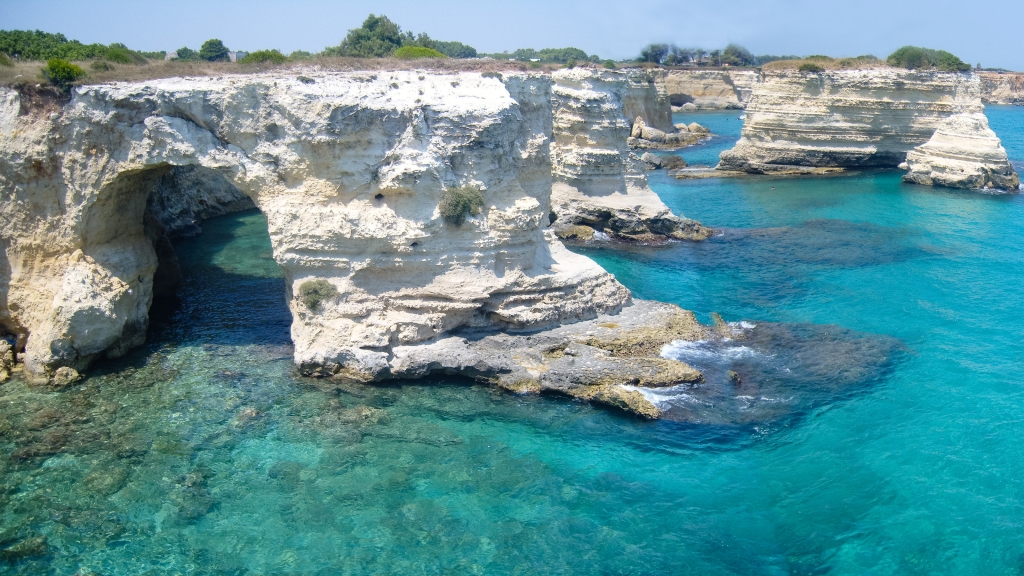 Otranto was founded by the Greeks. The old city with its castle and cathedral is pretty compact and well worth the detour - although inevitably there’s a sprinkling of souvenir shop. If you get the chance, pop into the cathedral and admire the mosaic floor. There are lots of nice places to eat, in the centro storico and in the modern part or town.

Otranto was also the setting for Horace Walpole’s novel The Castle of Otranto the first gothic novel and forerunner to the horror genre. Walpole himself had never been anywhere near Otranto.

Otranto was founded by the Greeks and like the other greek words in Italian, the stress is on the next-to-next-to-last syllable instead of the next-to-last syllable as with most Italian place names: so it’s Ó-tranto. The ‘o’ is short like the ‘o’ in ‘hot’ so it’s not ‘oh-trant-oh’. Similar place names (with the stress marked): Gallípoli, Táranto, and Monópoli. The Touring Club Italiano maps helpfully add the stresses to place names that differ from the standard pronunciation.

Santa Maria di Leuca is the south­ernmost tip of the heel of Italy where the Adriatic and Ionian seas meet.

According to the legend, the town takes its name from “Leucasia”, a white beautiful mermaid (in Greek “leukos” means “white”) who conquered sailors and farmers by her charming voice.

At the most southerly point there’s a light­house, and ext to the light­house is the Santuario De Finibus Terrae (“End of the Land”, 1720 – 1755), built to commem­orate the passage of St. Peter here on his way to Roma.

There are plenty of hotels along the way including at Santa Cesare Terme.

There’s a campsite and hostel near Lecce and campsites along the coast (although check opening times), including the Camping Santa Maria Di Leuca , near, you’ve guessed it, Santa Maria di Leuca.

Lecce is the end of the line for the main trenitalia network. There is also the Ferrovia Sud Est network operating local services. Some trains have bike carriage facil­ities, while older models don’t. If you want to take your bike on a train you need to ring the call centre to find out whether and when the more modern trains are running.