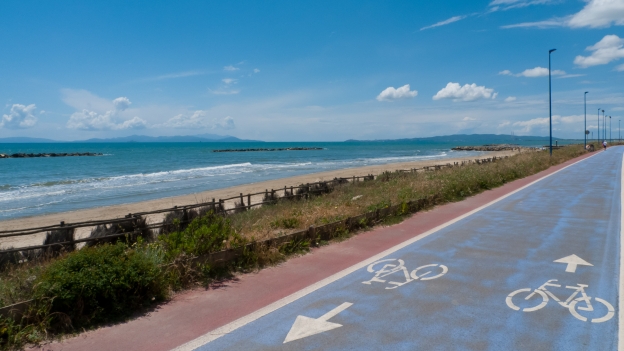 This part of the tour heads south to Follonica. This area is home to some of the region’s best beaches. It then heads inland on a scenic road, before returning to the coast where cycleways through the coastal pineta to the resorts of Castiglione della Peschaia and the Marina di Grosseto.

Follonica gets a pretty raw deal: the Rough Guide to Tuscany and Umbria is pretty sniffy about Follonica, and the Bikeline Cycle Atlas simply advises touring cyclists to get the train and bypass it altogether, but for me it was an enjoyable part of the ride. Admittedly Follonica is - how do can I put it? - a bit ‘archi­tec­turally-challenged’ with a rather ugly sixties tower block and a hotel on stilts in the sea (although perversely these two buildings now feature on postcards for this part of the region as kind of anti-icons). They’ve been dealt a pretty poor hand of cards, but the comune has made the most of them, and much of the seafront is now a Zona Traffico Limitato - with a great seafront cycleway to take you into town.

At Follonica you come into the provincia di Grosseto and pick up one of the provincia’s signed routes. There’s a short climb near Portiglione with the reward of a viewpoint with fine views over Elba. If, like me, you made the decision to bypass the island you may well feel some pangs of regret (in fact I returned later in the summer and was very glad that I did - see my article about The Tuscan coast: a tour of Elba).

Near to Follonica are some of the best beaches in Toscana - indeed the Cala Violina was voted one of Italy’s top ten beaches in an internet poll organized by envir­on­mental campaign organ­isation Legambiente (italian-only). The catch is, that there’s a 1.5-kilometre walk to get to it. See this article: Cala Violina: No.1 of the Very Best Beaches in Italy (en) about the beach, and how to get to it, as well as photos. According to the Legambiente the beach gets its name from the legend that the sand is so fine that it emits a sound like a violin when you walk on it barefoot. 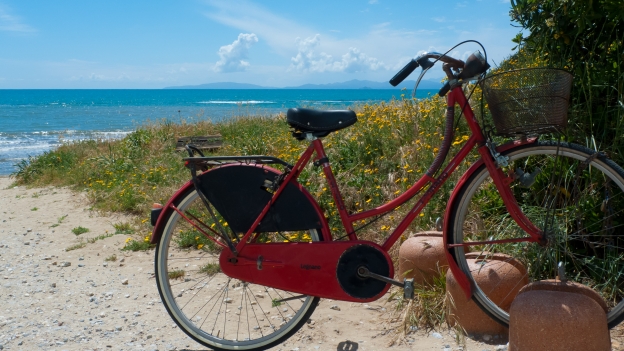 Bike on the beach near Follonica - Toscana

There’s a very scenic stretch of road heading inland through the Maremma countryside to Castiglione della Pescaia. Unfortunately the pleasure of the beautiful road is dimin­ished by the fact that many drivers make the most of it to put their foot down. When I was there the carabinieri (police) were carrying out checks on excessive speed but it wasn’t clear they were having much impact.

The good news is that going into and out of Castiglione della Pescaia there was a great little cycleway through the Pineta del Tombolo - another stretch of protected coastline. The road is relat­ively quiet, but again there’s the problem of drivers going too fast. Although the cycle path runs parallel with the road you are barely aware of the traffic and it’s a much calmer and more peaceful alternative. 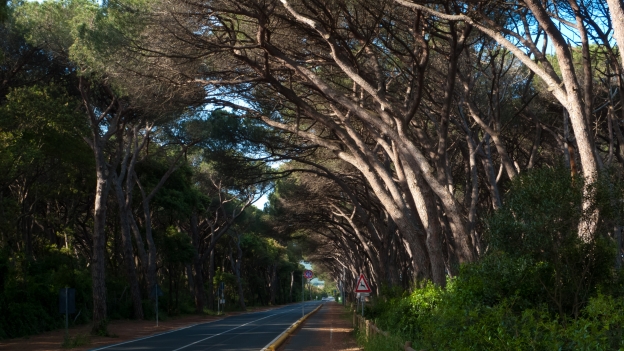 The major option here is to turn inland and follow the Gran Tour della Maremma a 405-kilometre tour of south-west Toscana. 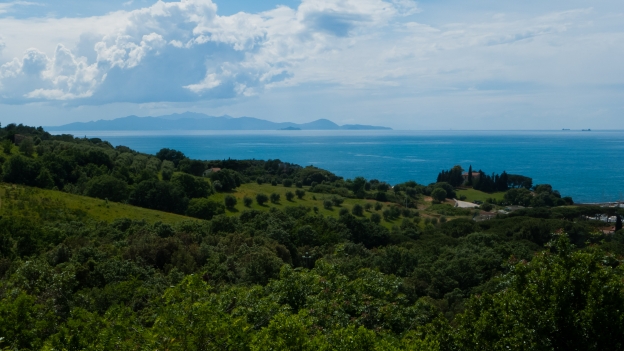 There are lots of campsites in the area. I stayed at the the Maremma Sans Souci near Castiglione della Pescaia. Another friendly site set in a coastal pineta. The advertised price was quite expensive but they gave me a reduction which reduced it to a more reasonable €15. It also has a decent restaurant. 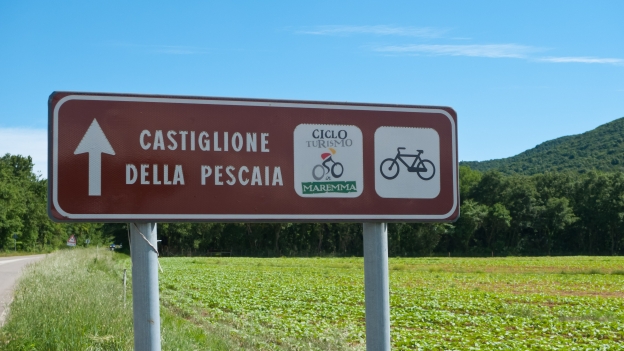 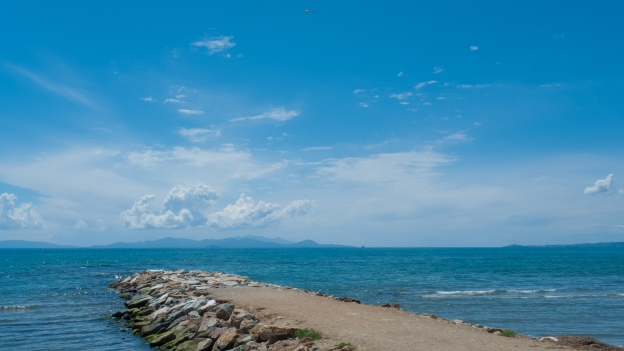