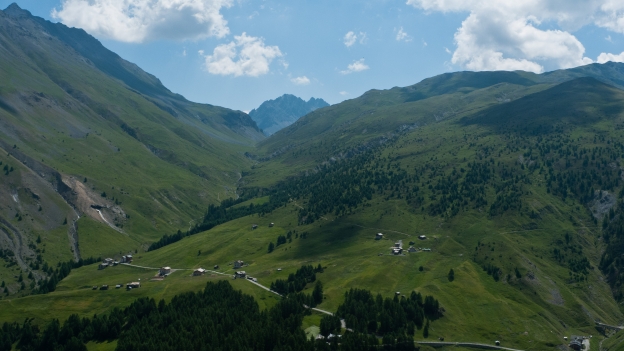 When I first saw the Livigno area called the piccolo Tibet, I thought maybe someone in the tourist office had got a little bit carried away. But if you bear in mind that the road from Bormio was only built in 1912, and until 1952, it was impassable for six months of the year, then perhaps the descrip­tions isn’t so far-fetched.

It’s an area that has a long tradition of independence and self-reliance, and closer links with its Swiss neigh­bours than Bormio the nearest Italian town. The count of Bormio is said to have acquired Livigno for a bottle of wine, although whether the counts had more than nominal control is unclear. Livigno was granted a tax-free status - which continues to the present day. One of the curios­ities of this route is that you pass through customs crossing into Italy at the Forcola di Livigno, but you then go through customs again at the Passo di Foscagno. The upside of the tax-free status is that a small beer is 1.5€ as opposed to the usual 2€, but the downside is the number of petrol stations (people drive up here to fill up) and duty-free shops which, as with most duty-free shops aren’t in fact partic­u­larly cheap.

Livigno claims to be the highest village in Europe which may or may not be true, and that it has the highest brewery in Europe, which is almost certainly true. It’s a high altopiano, and although it’s now a ski resort, there are still working farms and plenty of tradi­tionally-built homes.

The road on from Livigno takes you up to the Passo d’Eira (2208m) before making a brief descent and then another climb to and the Passo di Foscagno (2291m). There’s then a long descent to Bormio (1217m).

The route passes junction with the road to the Passo di Stelvio Italy’s highest road pass. you could climb the pass as a day-ride from Bormio - or opt to take it instead of the Gavia. At the top of the pass you have the option of continuing on towards Bozen (Bolzano) in the Südtirol or the road into Switzerland.

The Munt La Schera tunnel, between the Punt dal Gall near Livigno and La Drossa in Switzerland, also opens up a number of possible variations. It’s important to note that bikes aren’t allowed in the tunnel, but there is a bike shuttle-bus and a limited number of places on normal buses. For more inform­ation on the bike shuttles go to: bormio.eu: Munt La Schera tunnel. According to the site the shuttles run hourly and take between 6 and 10 bikes, and they recommend that you reserve. You can also download a copy of the bus times. I don’t know the current fare, but in 2013 it was 8 euros (15 CHF).

You could also go over the Passo Bernina to Sankt Moritz and then come back over the Forcola to Livigno.

At Ponte di Legno this route connects with the The Dolomites (West-East) route. 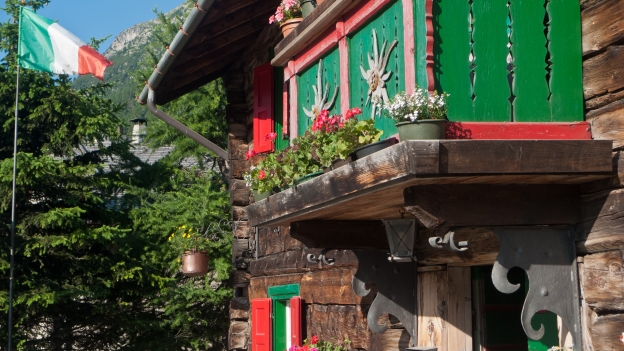 There are plenty of hotels along the route especially around Bormio and Ponte di Legno. There’s also the ski resort at Valfurva.

Campsites are a little more tricky:

The nearest train stations to Livigno are Sankt Moritz or Zernez. The nearest station to Ponte di Legno is a short ride away at Edolo.

Livigno Express offer coach services linking Livigno and Bormio with Malpensa and Linate airports near Milano as well as Bergamo and Innsbruck airports.