The first part of the tour takes you south-west from Cuneo into the Parco NaturaleAlpi Marittime. The scenery is pretty spectacular: the Alpi Marittime may not have the colours or glamour of the Dolomites, but there’s still plenty of drama. Together with the French Parc National du Mercantour it forms one of Europe’s great wild spaces, home to a growing population of wolves, golden eagles, not to mention the reintro­duction of the magni­ficent gipeto (bearded vulture). With a wingspan of almost 3 metres, it’s the Alp’s largest bird. Follow the link to check out the wonderful pictures on the park’s website.

Coming out of Cuneo it’s worth avoiding the busy SS20: the best option is to take the Viale degli Angeli out of town. The Viale is a partic­u­larly good option on Sundays as it’s closed to traffic. After Cuneo the route goes to Borgo San Dalmazzo and the little village of Valdieri that’s a tempting place to stop. Look out for the frescoed building (now the post office) and the San Martino fountain at the top of the main square.

After Valdieri turn left for Entracque (Entragais in Occitan). As you climb you’ll see the Alpi Marittime stretching into the distance. Entracque is an attractive village - there’s been some tourist devel­opment, but it’s still authentic and you might see the occasional farmer driving his tractor through the streets. 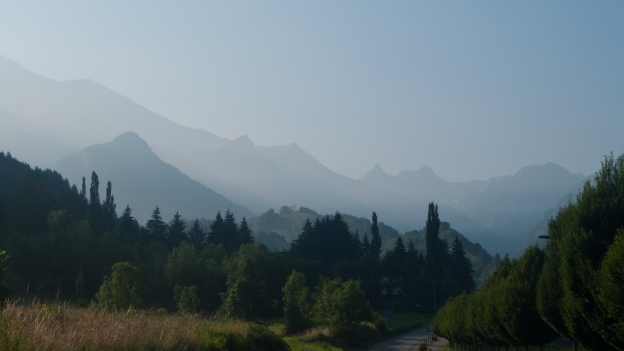 The Val Gesso on the road to Entracque

From Entracque you need to head towards the nearby hydro-electric dam. After the dam, there’s a narrow, quiet, road that takes you to San Giacomo where the tarmac ends. If you have a mountain bike you can continue on towards the Rifugio Soria-Ellena. There’s a rifugio at San Giacomo and a tents-only campsite.

The refugees from Saint Martin Vesubié

If you carry on up from the rifugio at San Giacomo you’ll come to an inform­ation panel. The panel records the events that took place in this and the neigh­bouring valley during the second world war.

During the war the Italian army had invaded and occupied parts of south-eastern France. Despite the antisemitic policies adopted by the Mussolini government, the area became, relat­ively, a safe haven for Jewish refugees from the holocaust that was engulfing Europe. The village of Saint Martin Vesubié across the border had become the home to more than 1200 Jewish refugees, required to live there by the Italian occupying authorities.

With Italy’s surrender in September 1943, the Italian 4th army began, to withdraw to Italy, and most of the refugees decided to go with them. Over 900, among them, children and old people, climbed to the Colle di Finestra (2471m) at the head of the valley or the nearby Colle di Ciriega. The journey took almost three days and the exhausted refugees made their way to Entracque and Valdieri. Some pushed on towards Switzerland, but others stayed, perhaps simply too exhausted to continue, perhaps without the resources to continue, or perhaps believing that Italy was now out of the war and was a place of safety. Sadly, the war wasn’t over for them or for Italy, as the German Army poured into Italy, reaching even this remote corner within a few days. The inform­ation panel shows a picture of one of the first orders from the local commander ordering all ‘stranieri’ (foreigners) to report to the author­ities and threat­ening that those who did not, and anyone who sheltered them, would be immedi­ately shot.

About 350 of the refugees either reported, or were rounded up, and imprisoned in a barracks in Borgo San Dalmazzo. From there they were sent by train to the concen­tration camp at Drancy near Paris and then on to Auschwitz.

There’s a moving memorial to the deport­ation (the Memoriale della Deportazione) by the town’s station. The memorial records the names of those who were deported from the station (both the refugees from Saint Martin de Vesubié and another smaller group of Italians captured in Saluzzo). The names of those who survived are shown vertically, while those who died are shown on long steel strips. The strips recall the lines they would have formed, as well as the rails that took them on their last long journey. 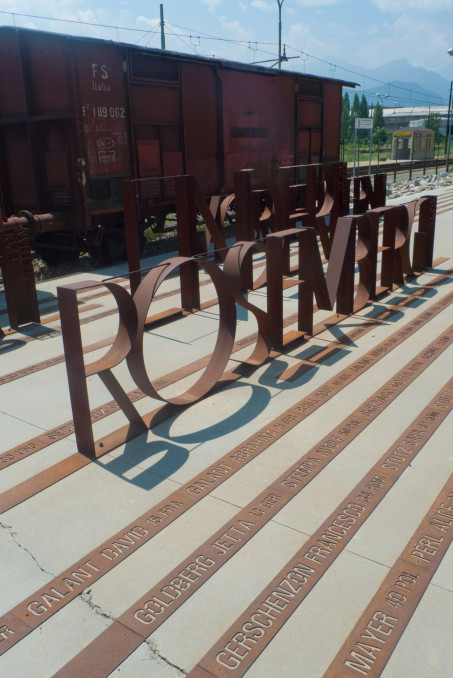 Behind the names are three goods wagons of the type in which they would have had to make the journey. On one of the wagons, there are two dates: 21 November 1943 and 15 February 1944. The first records the date of the deport­ation of the refugees from Saint Martin Vesubié, and the second that of a smaller group of 26 Jewish people captured in Saluzzo. 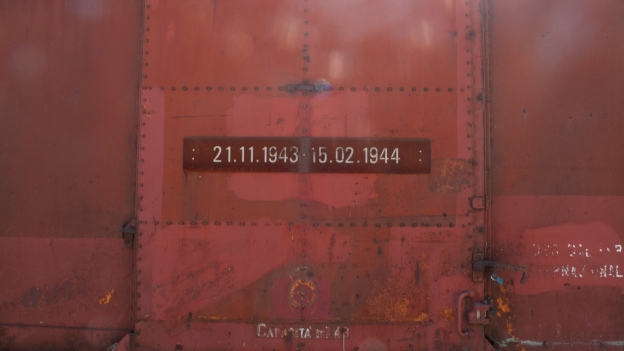 Borgo San Dalmazzo - Memoriale della Deportazione: dates on the side of a train goods wagon recording the dates of the deport­a­tions from the station

The memorial records the tragedy of those who were sent to Auschwitz, but equally many found shelter in these valleys, aided by local people who put their lives at risk to help them. They were supported by the DELASEM Jewish aid organ­isation which, in alliance with a network of Catholic priests, channelled money to those who those in hiding in the hills. It also aided others to escape south to Firenze and Rome. Two local priests (Don Raimondo Viale and Don Francesco Brondello) were included in the list of the Righteous Among Nations for their work. Many of the refugees also joined the parti­giani - the Jewish communities of Cuneo and other cities in Piemonte had been at the centre of the resistance.

Among those who survived was André Waksman whose family escaped via Rome (Waksmann himself was 3 months old). Waksmann has made a documentary A Pause in The Holocaust. The film (English and French versions) is available for rent for €4.90 - well worth every centesimo, and much more positive and uplifting than you’d expect.

If you have the time you might want to go to the Terme di Valdieri as well as the road from Entracque to to Trinità. If you have a mountain bike then there are even more possibilities.

I’ve suggested starting the next section at Borgo San Dalmazzo. As an altern­ative, you could climb from Valdieri past the Sanctuario di Madonna di Colletto (the road climbs for 564 metres altitude gain over 7 kilometres, with three sections at 13%). 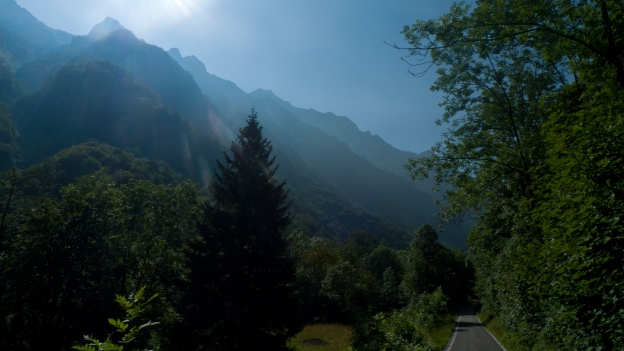 The Val Gesso on the road to San Giacomo

Booking.com pages for places on this section of the route: | Entracque | Cuneo

There’s a train station at Cuneo. As well as trains to Torino and other cities in Piemonte (and beyond) there’s also a direct service to Ventimiglia. It’s a very scenic journey and the trains are bike-friendly, but unfor­tu­nately due to infra­structure issues, there are only four trains a day. For more inform­ation (in Italian) go to sfrpiemonte.it. 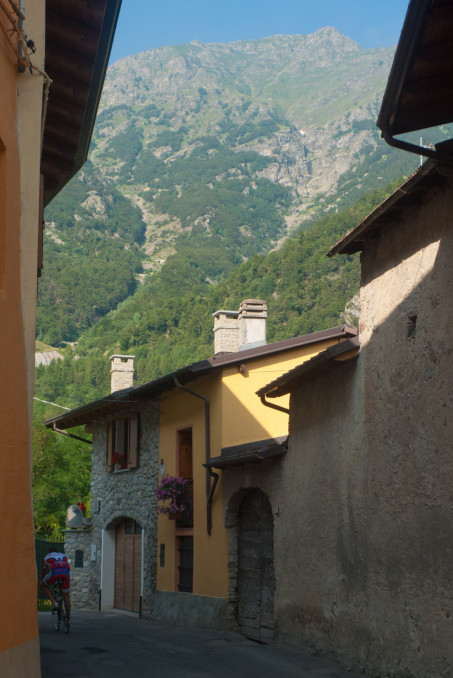 Cyclist on the streets of Entracque