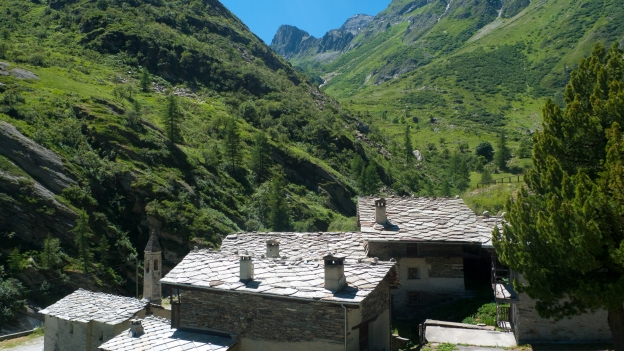 This section takes you to the historic towns of Dronero and on from there to Sampeyre and Casteldelfino in the valley of the Torrente Varaita. The Val Varaita leads to the Colle dell’Agnello (2748m). I wimped out turned left after Casteldelfino and climbed to Sant’Anna at the top of a wonderful hidden valley where you can see a chain of authentic Alpine villages.

The route out of Cuneo takes you over a bridge for cyclists and pedes­trians. Bear in mind that there’s a section of the SS22 near Cuneo that’s off-limits to bikes. As an altern­ative, you can skirt to the north of Cuneo by turning off the SS21 at Gaiola near Borgo San Dalmazzo and then heading for Vignolo.

Venasca is probably the most inter­esting and authentic villages along the way. Pop your head into the gorgeous baroque church on the market square. As you go out of Brossasco look out for the frescoed Capella di San Rocco a chapel built in an alpine style with two massive stone pillars and a roof built from massive flat slabs of stone. There’s a beautiful annun­ci­ation under the massive eaves and a San Cristoforo on the side. 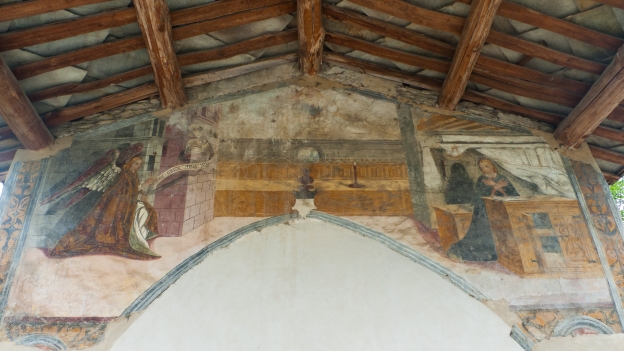 Sampeyre is also a great place to stop, but for authentic charm then Casteldelfino probably pips it to the post. Casteldelfino was originally part of the Dauphiné. Casteldelfino would translate soothing like Castle of the Dauphin (dauphin) was the name given to the French crown prince when France had a monarchy). Make sure to turn off the road and walk through the pedes­trian-only main street. 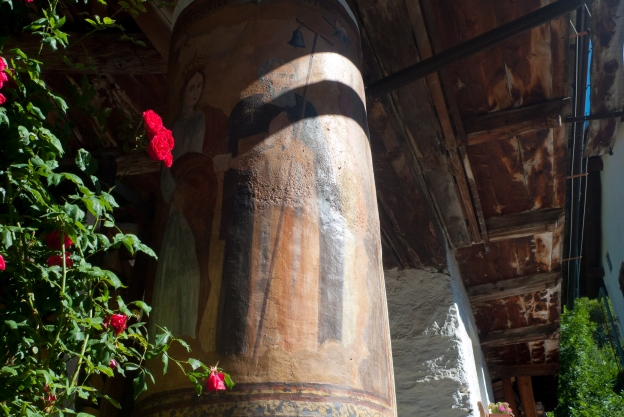 Decorated column from a house in Casteldelfino

On the way out of the village there’s the Musei dei Santi Populari (the People’s Saints).

The highlight of this section of the tour is the secret valley of Bellino (Blins). I was amazed to find a corner of the alps that was so unspoilt. There’s a chain of villages with the typical alpine archi­tecture of the area including the roofs constructed with massive slabs of flat stone - like slates on steroids. These villages are also worth a visit for their fine collection of sundials and murals.

As you turn off the main road there’s a sign warning that the road is ‘sconsigliata’ (unadvisable) for cyclists and motor­cyc­lists. It was perfectly rideable, but there were bits where you could come a cropper if you’re going fast and not paying attention.

My advice would be to head for the top of the valley at Sant’Ana and then stop off to see the sundials on the way down. Although you may want to stop off at the museum in Chiesa (the first hamlet on the right) and pick up a leaflet with a map of the sundials (meridiane). There’s an inform­ation panel at the entrance to each of the hamlets, but the schematic map is handy. 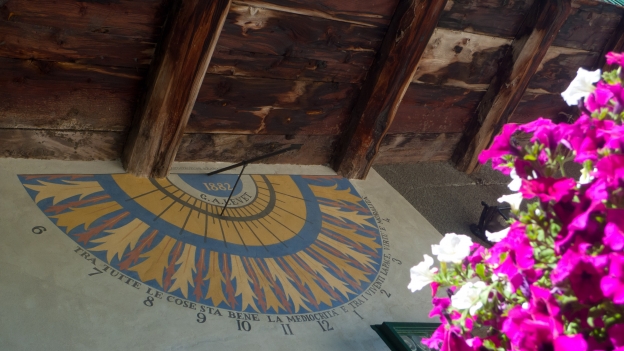 The sundials span two centuries from the early eight­eenth and early twentieth century. A number of the sundials carry little mottoes in French, Italian and Occitan. A number are cheery reminders that time is passing:

While another is the distinctly odd:

The artist had painted a number of sundials in the area and perhaps this is a reference to a dispute with a dissat­isfied customer or criticism of his other work in the area. 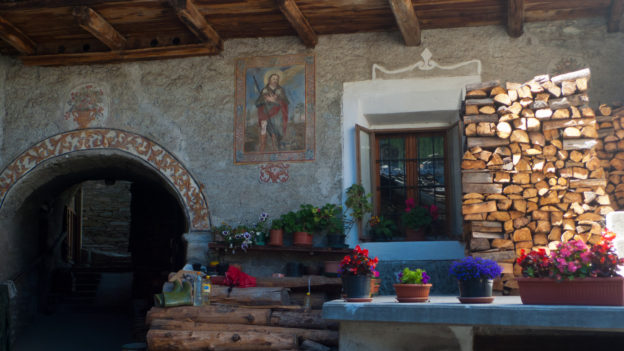 I suggest leaving the hamlet of Chiesa until last because it has a very fine collection of murals.

The only restaurant in Bellino is the Trattoria del Pelvo. Further down the valley is the friendly Risto-Bar Spada Reale

Most cyclists on the road to Casteldelfino were heading for the the Colle dell’Agnello (2748m). The final 10 kilometres from Chianale (1797m) have a gradient of 10 percent with a maximum of 15% see profile for the Col dell’Agnello on climbbybike.com.

The accom­mod­ation options in Bellino itself are:

Rifugio Meira Garneri is on the road to/from the Colle di Sampeyre - it offers rooms rather than bunks.

Booking.com pages for places on this section of the route: | Dronero | Casteldelfino.

There are a couple of rifugi in the area:

There are three campsites in or near Sampeyre. I stayed at the Camping Val Varaita. the others are the Camping Cianabie and Camping Narciso. There’s also a campsite at Pontechianale: the Camping Libac

cuneoholiday.com is the best site for general tourist inform­ation.

More about the Bellino sundials

solariameridiane.it has a listing of the sundials in Bellino. 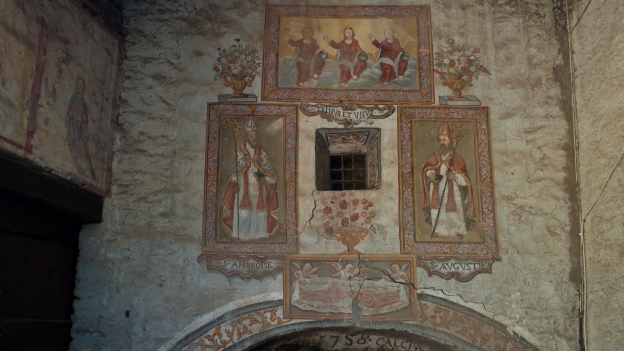