The source of the Po 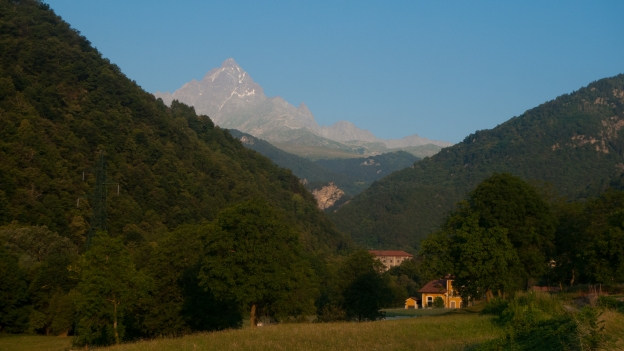 The Valle Po with Monviso in the distance

This section of the route takes you to Saluzzo and then climbs, following the river Po, to its source at the Pian del Re (plain of the king) - altitude 2020 metres.

Along the way there are a couple of particular highlights:

The castle itself would be well with the entry price (not to mention the climb) in its own right, but there are some excep­tional frescoes. The best known is the fresco of the Fountain of Youth a mythical fountain that would restore old people to their youth. The fresco shows the newly rejuvenated old people enjoying their second blooming. 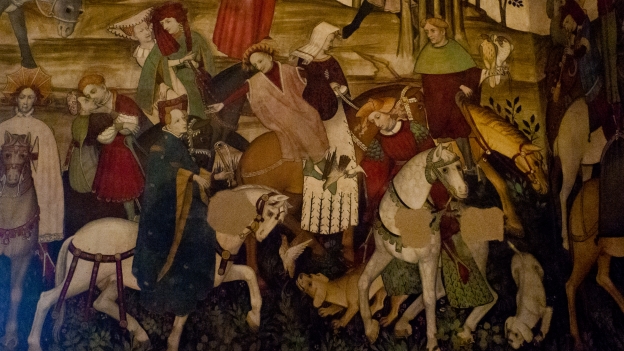 The castle is owned by the voluntary organ­isation FAI (Fondo Ambiente Italiano) . The castle was donated to the FAI and they have painstak­ingly restored it.

Between March and September the castle is open every day except Mondays from 10 until 18:00. Admission is 7 euros (with a reduc­tions for students and members of the British National Trust) (check opening hours and other inform­ation on the FAI website: fondoambiente.it: Castello della Manta.

Saluzzo is the main city of the area. It was once the capital of an independent Marquisate. Chaucer mentions, Saluces as it was known, in his Canterbury Tales:

Ther is, at the west syde of Ytaille,
Doun at the roote of Vesulus the colde,
A lusty playne, habundant of vitaille,
Where many a tour and toun thou mayst biholde
That founded were in tyme of fadres olde,
And many another delitable sighte,
And Saluces this noble contree highte.

There is, in western Italy,
At the foot of cold Monte Viso
A fertile plain, with abundant crops,
Where many a tower and town you may behold
That were founded in the times of ancient fathers,
And many other delightful sight,
The name of this county was Saluces.

Saluzzo is a historic and authentic city, that would make a good place to stopover for the night, or for a meal, or simply to wander around and enjoy the delitable sightes. 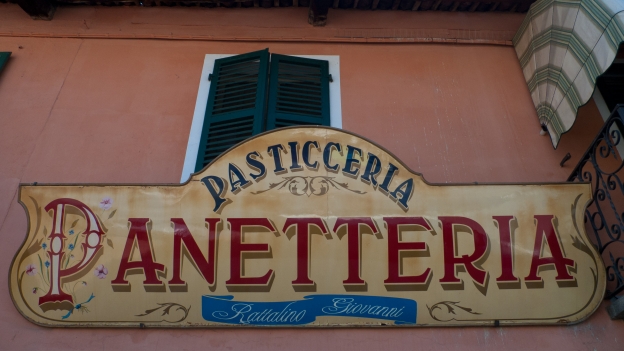 Balma Boves. This is an abandoned village near Paesana that shelters under a huge rocky outcrop. It recalls the Anasaazi pueblos in the south-western United States.

The hamlet is tiny: only three families lived here. The village offers a glimpse of village life as it must have been within living memory: the last inhab­itant left in 1960s - you can still see the bike that he used to ride to and from work at the nearby power station, until one day he decided that enough was enough and went to live in the town - where presumably one of the attrac­tions was electricity. 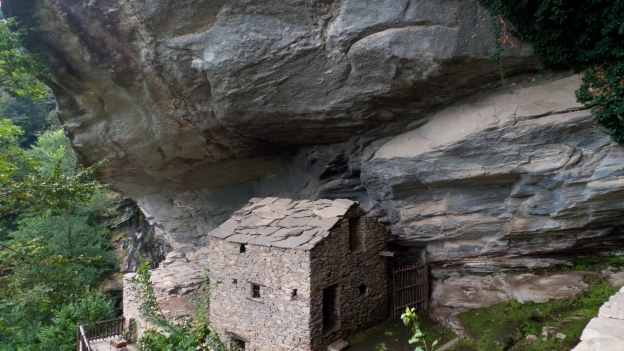 House in the uninhabited village of Balma Boves, near Sanfront, Piemonte

The villagers built terraces for wine and fruit, and you can see the rooms used for roasting and drying chestnuts (used to make flour), the baskets they used for hauling chestnuts and straw on their backs. and the communal oven used for making bread.

In principle it’s visitable at any time, but the interiors of the buildings are only open when on summer Sundays (check the website above for current opening hours). Admission is 3 euros. Getting there: turn off the road following the signs for the Frazione Rocchetta.

The climb to the source of the Po 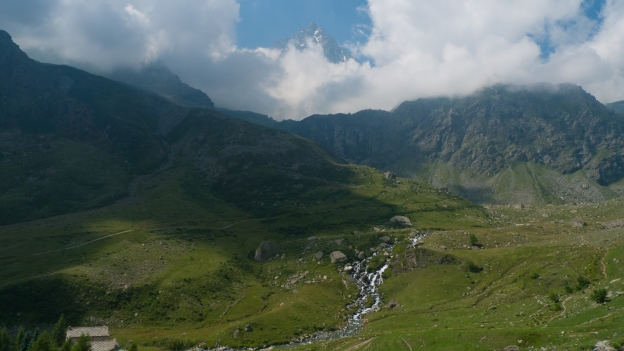 If you’ve been scrolling down and wondering when I’m going to stop banging on about castles and abbeys, here’s the moment you’ve been waiting for…

The climb to the source of the Po takes you to the plateau of the Pian del Re (2020). From Paesana (614m) it’s 18.5 kilometres and just over 1400 metres of climbing to the rifugio at the end of the tarmac road. Most of the climbing is concen­trated in the last 7.5 kilometres from Crissolo (1318m).

It’s a very scenic ride with views of Monte Viso (or Monviso) in Italy it’s also known as the Il Re di Pietra (The king of stone or stone king). 500 metres higher than the neigh­bouring peaks it is the landmark that is visible for miles around - on a clear day you can see it from the towers of the Duomo di Milano.

If you have the time, it’s well worth a short detour to Ostana - one of the Borghi Belli d’Italia (Beautiful Villages of Italy). The bar-restaurant at the Rifugio Galaberna looked so attractive and the people so friendly, when I stopped off for a coffee, that way I wished I hadn’t already had lunch. It also looked like a nice place to stay.

The route connects with the Po cycleway, so from here you could follow the Po to Torino and then across country. for more inform­ation see my guide to eurovelo 8 in Italy, or Ciclovia del Po on bicitalia.org.

If you don’t mind a short detour then I’d highly recommend a visit to the Abbazia di Santa Maria Staffarda. There’s also a very good restaurant in the complex ristoranteilsigillo.com (closed on Mondays).

You could also follow the Ciclovia Pedemontana Alpina north towards Pinerolo.

Cyclo-Monviso has inform­ation about a number of routes in and around Saluzzo. 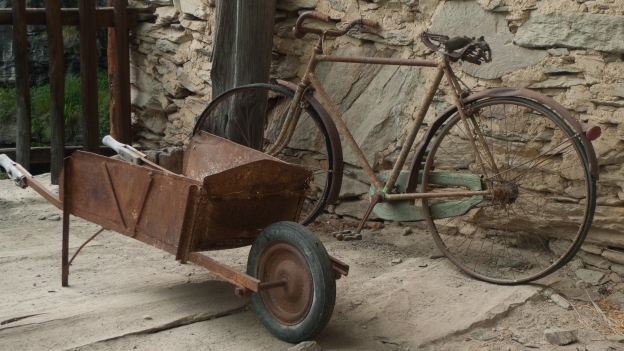 The uninhabited village of Balma Boves: the bike belonged to the last inhab­itant of the village

Booking.com pages for places on this section of the route Saluzzo | Paesana | Sanfront

There are four hostels or rifugi along this section of the route:

I stayed at the Campeggio Valle Po in Paesana.

The best site for general tourist inform­ation about the area is cuneoholiday.com: Varaita Valley.

Cyclo-Monviso is a cross-border project involving the Italian towns of Saluzzo, Racconigi, Savigliano and the Val Varaita with the French town of Guillestre. The major route is the signposted route over the Colle dell’Agnello. The project has produced a useful leaflet (fr/it/en) about the Val Varaita. It’s available from tourist offices and you can download it from visitterredeisavoia.it (direct download link:  Cyclo-Monviso Val Varaita