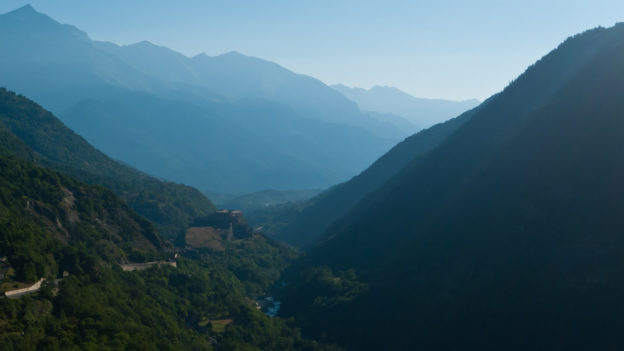 The Val di Susa looking towards the fort at Exilles

The Val di Susa, the last of the valleys, looks pretty off-putting on the map, with a motorway, a rail line and a couple of main roads strade statali. Fortunately, in reality, it was much easier than it looks on the maps - thanks in part to the Ciclovia della Val di Susa which will take you along very quiet roads from Susa to Rivoli via the lakes at Avigliana. While the motorway runs along the valley, and occasionally makes its presence felt, for much of the way in the upper valley it runs in tunnels or on a high viaduct.

The SS 24 takes you into Oulx (pronounced, I think, ooks). It’s more authentic than pictur­esque. Exilles, on the other hand, has pictur­esqueness to spare. The village is at the foot of yet another giant fort (the Forte di Exilles (it/en/fr) that dominates the landscape. The fort is open every afternoon except Mondays. The village is a nice place to stop for a coffee or a meal, or just a little wander before heading on to Susa. 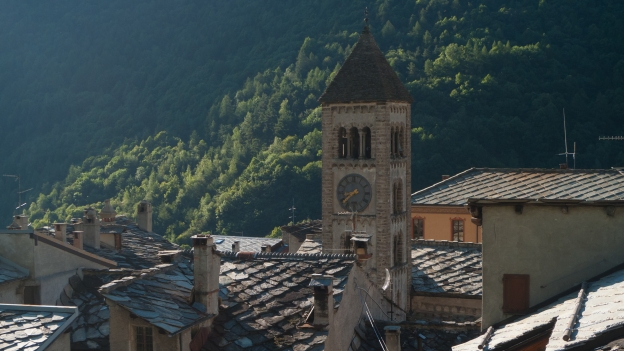 Susa has been a major cross­roads since Roman times - at the gateway to the Moncenisio (Mont Cenis) route into France, and part of the Via Francigena pilgrimage route. You can see the remains of the amphi­theatre and Roman aqueduct as well as an arch and statue to the Roman emperor Augustus.

Coming out of Susa I crossed the river and, gambling on it being the quieter option, followed the SS24 until by accident I stumbled on the Val di Susa cycle route. If I had known about it I would have taken the route all the way from Susa. 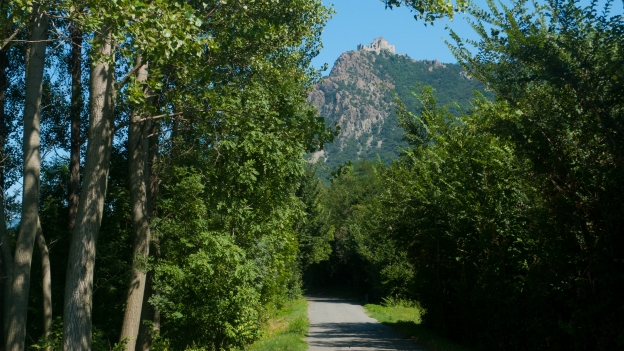 The route takes you through a series of small villages on the right bank of the Dora Ripia river. Look out for the Sacra di San Michele (en.wikipedia.org) monastery perched on a rocky outcrop high above the valley. If you fancy visiting it, it’s reachable by road from Giaveno. It’s closed on Mondays.

I now know that the Ciclostrada Val di Susa continues via Avigliana and the lakes and on from there to Rivoli. If I had known that I would have continued on the route, I turned off to head for Caselette. This maps and gps downloads for this section are based on the route I should have taken, but if you prefer I have also included the route I actually took.

The route ends at the castle in Rivoli (now home to a museum of contem­porary art: castellodirivoli.org).

At Rivoli you can connect with the signposted route the Corona delle Delizie. This is a circular route that skirts round Torino, linking the ‘delizie’ - royal palaces and hunting lodges of the Savoia royal family. The royal palaces residenzereali.it/index.php/it/residenze-reali-del-piemonte/santuario-di-vicoforte/197-residenze-no-unesco-box1/252-la-corona-di-delizie are a UNESCO world Heritage site

If you want to continue on from Torino, there are a number of options including:

Booking.com pages for places on this section of the route: Val-di-Susa | Oulx | Susa | Avigliana | Rivoli

There’s a hostel at Avigliana (Ostello Conte Rosso) and another at Rivoli (Ostello di Rivoli).

There are lots of hostels in Torino.

I stayed at the Gran Bosco site near Salbertrand , and the Campeggio Mill Park at Caselette, which I’d rate as a couple of the best in the area.

There are also a sites at the lakes at Avigliana Camping Avigliana Lacs.

The site at Caselette is, so far as I know, the closest to Torino. They offer a shuttle-bus service to the nearest train and metro station if you want to use it as a base for visiting Torino. 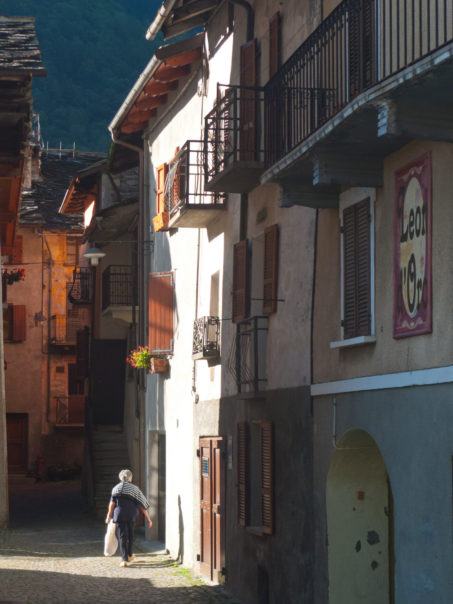