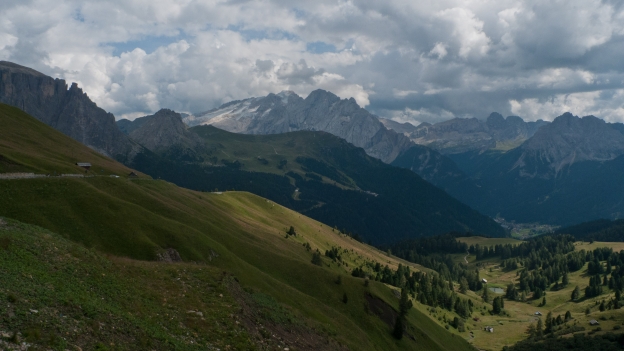 A classic cycling circuit over four famous mountain passes through scenery that genuinely deserves the word ‘dramatic’ as the bulk of the Piz Boè looms above you.

The four passes are:

None of the climbs is partic­u­larly long or very steep and the total amount of climbing is pretty manageable. You can do it in either direction and there are a number of potential start points.

This is a very popular ride with cyclists, but also with car drivers and motor­cyc­lists. So it gets pretty busy - although I rode up to the Passo Pordoi in the early evening sunshine and there was hardly anyone around. If you have the choice, avoid the peak holiday season. You might want to come for the Sella Ronda Bike Day: the 2017 Bike Day will be the June 25.

The Val Gardena tourism people have produced a great little promo video which will defin­itely make you want to go, for the party atmosphere and the exper­ience of having the road to yourself (OK you and thousands of other cyclists).

These passes were the scene of some of the most famous battles in Italian cycling and at the Passo Pordoi there’s a monument to Fausto Coppi and another that commem­orates the winners of the Cima Coppi (the first person over the highest point in each Giro d’Italia). 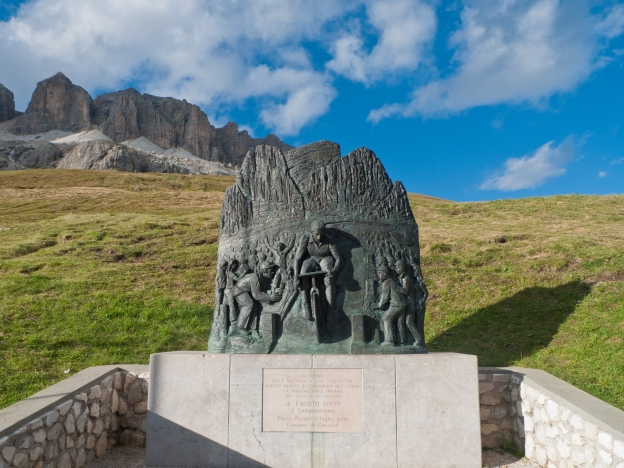 In places the road signs are in three languages, German, Italian, and Ladin, reflecting the region’s diverse identity and history: these mountains were also on the front lines in the First World War with the bitter fighting around the Col di Lana.

If you are camping then your best bet is the Camping Colfosco at Colfosco/Kolfosch. This is the only campsite on the circuit itself, at Canazei (1465m) there’s the Camping Marmolada. There are plenty of hotels: on the circuit there are hotels in Arabba, Corvara and Colfosco. La Villa and Volkenstein in Gardena (Selva di Gardena) are not very far away. For inform­ation on places to stay go to altabadia.org .

You’ll find the greatest range of choices in Arabba, Corvara and Colfosco. 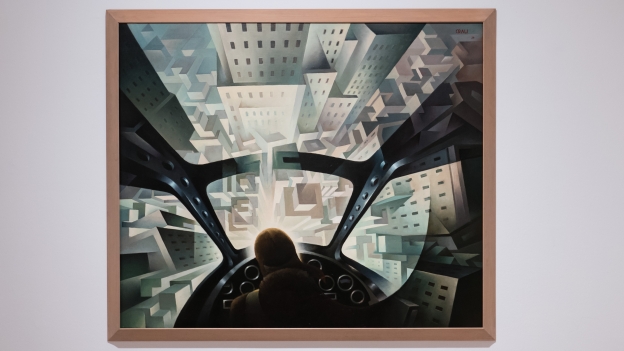 A page from the Sella Ronda Bike Day website 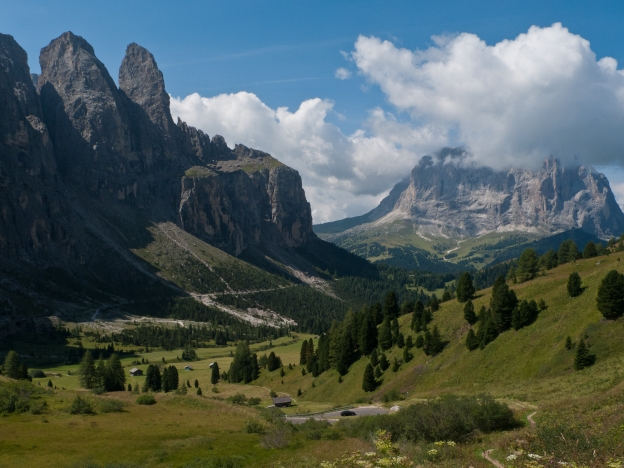 The Sella Ronda: descent from the Grodner Joch