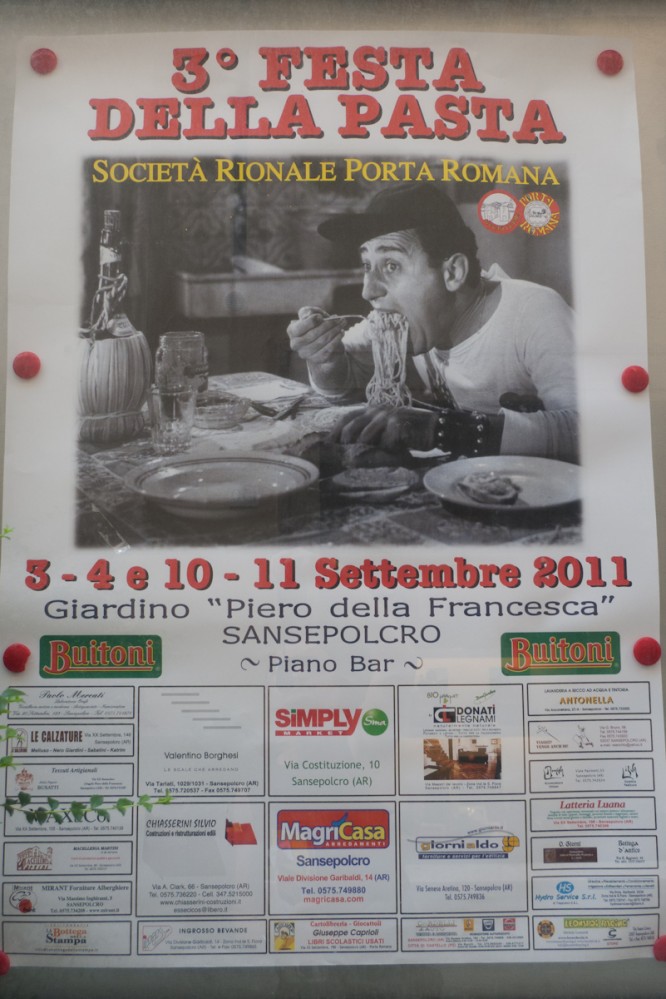 Machine-made dried pasta has swept the board - although you can still find a bewil­dering variety of forms and names (the Encyclopaedia of Pasta has identified 310 forms with 1300 names). Wikipedia has a long list with plenty of pictures.

Pasta is usually made with durum wheat, but you can come across pasta made with potatoes, or with buckwheat flour (pizzo­c­cheri). While there are still plenty of varieties of dried pasta its probably among fresh pasta that the more tradi­tional forms continue:

The main strong­holds for rice production in Italy are (or at least were) Piemonte, and the south of Verona between the Po and the Adige rivers. The places you’ll find the best risotto are in its tradi­tional heart­lands. Risotto is pretty labour-intensive, which I suspect is the main reason why you don’t see it very widely, and, sadly for solo travellers, when you do it often has a minimum of two portions. The classic risotto is the risotto alla milanese cooked with saffron, but the other great risottos. In the Mantova area the risotto alla pilota, made with sausages, is a tradi­tional speci­ality . Other variants I’ve come across include:

In the south you can find rice with chick peas (cecchi). And of course Arancini which are balls of rice filled with peas or rice or mozzarella. These are a Sicilian speci­ality but thought to have been intro­duced to Sicilia by the Arabs.

Farro (spelt is a type of wheat is widely used in soups and salads in Umbria, Le Marche and Abruzzo. Further north, its place is taken by orzo (barley).

Lentils are a proud local speci­ality grown in the high plains of the Apennines of Abruzzo and Umbria. You don’t see them very often on restaurant menus although they are an essential part of dinners on New Year’s Eve (Capodanno) - lentils are believed to be a sign of money and good financial fortune.