I last updated this article after the announcement of the closure of the DeutscheBahn night train from Paris to München (Munich). Since then the bad news has kept on coming:

It wasn’t that long ago that travelling to your destin­ation was part of the adventure. Getting onto a modern train might not be quite as romantic as the Orient Express, but trains still offer the chance to enjoy the exper­ience of going somewhere, or coming back. It’s either the chance to decom­press as you prepare for your holiday, or to slowly adjust to reality on your way back.

OK, trains aren’t a practical option for everyone, especially if you have limited holiday time, and they’re probably never going to be as cheap as a bargain basement flight, but if you book ahead, going by train needn’t be that expensive.

The bad news is that the train companies make inter­na­tional travel with a bike harder than it needs to be. This article offers some pointers on finding a way through the maze. The article is written from the perspective of a someone travelling between the UK and Italy but I hope there is some inform­ation that will be of use to other readers.

Up until recently my go-to option was to take the eurostar to Paris and then the DeutsheBahn City Night Line service to München (Munich) and then from there the EuroCity into Italy. I’ve tried many different options for getting to Italy, but by a long way the most cyclist-friendly, and least stressful are the DeutscheBahn City Night Line sleeper trains.

However, sadly the Deutschebahn the City Night Line services from Paris ended in December 2014, and now (the closure of all to its overnight services at the end of 2016. There is still a City Night Line service from Amsterdam, and this may be an option for some travellers from Britain. If you take the Stena Line ferry from Harwich to the Hook of Holland and then a train to Amsterdam (timetables for the Stena Line ferry and connecting trains). The morning ferry leaves Harwich at 9:00, if you can get to Harwich in time it offers a reasonably convenient connection with the train that leaves from Amsterdam that evening. It’s even more convenient coming back. 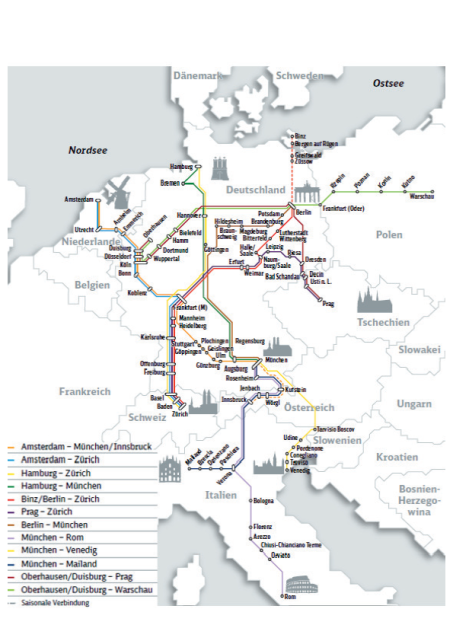 From München you can then catch the DB-ÖBB EuroCity service which goes via the Brenner pass into northern Italy via Verona (DB-ÖBB Eurocity service 2018 timetable   and route map). It would also be possible to get connecting services from Innsbruck or cross the border by bike.

The 2015 timetable for the Eurocity services show that there are now three trains a day in each direction with dedicated bike carriages - with places for 16 bike places on each train (booking required). These trains serve Venezia, and Bologna via Verona. services leave from Verona. Unfortunately the timetable is silent on whether the other services still have places for bikes - they used to have a couple of places each.

If you don’t want to carry your bike in a bag, your options are a bit limited.

One option, but only if you travel before 1 July 2016, is to take the SNCF sleeper service from Paris to Nice, which has a bike compartment. So far as I know, none of the TGV services on this line have spaces for bikes, so the sleeper train provides a valuable altern­ative. From Nice you can then get a connecting train to Ventimiglia on the border with Italy, and on from there to Genova or Pisa. you can be in Genova by mid-afternoon and Pisa by early evening - so this is defin­itely a very feasible option if you are aiming for Liguria or Toscana. 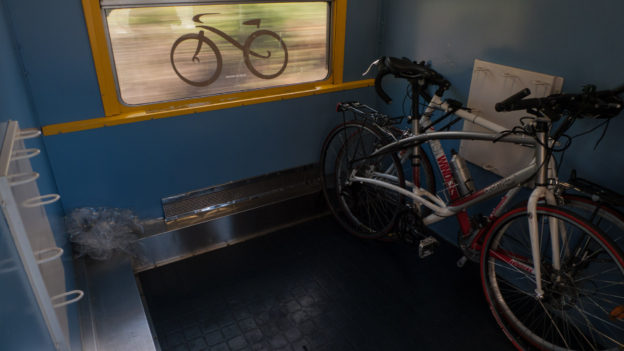 Not for the faint-hearted, I admit - although if you are going to make a fair comparison with travel by air you need to factor in the time to get to and from the airport.

There are other variations on this theme as there are a number of ways to cross over from Switzerland into Italy: for example going to Lugano and then cycling on from there, you could pick up the (see Tour of the western lakes).

This route worked. Sort of. I got to Basel without any problem (although it’s worth bearing in mind that there are only a limited number of spaces on the TGV Lyria). Things went awry when I got to Basel. I had originally bought a ticket for the Eurocity service between Basel and Milano, but I didn’t have a bike reser­vation. I went to the ticket office and ended up having to buy a new (and more expensive) ticket for another train. Here’s what went wrong:

What I should have done was to book the tickets direct with SBB, and gone straight through to Milano. I don’t know whether the ticket would have been valid for Stresa (which is on the shore of the Lago Maggiore so might be a good option), or whether it’s possible to unload your bike there. 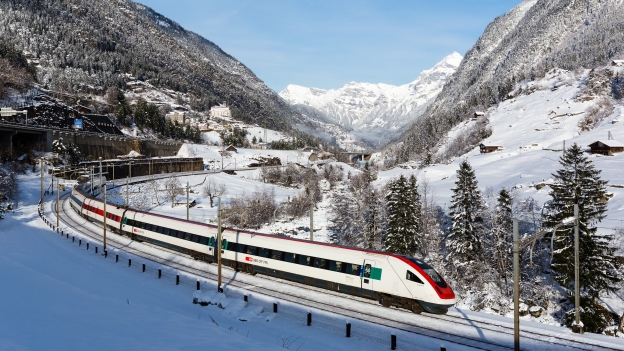 Note: the DeutscheBahn website provides an option to search for trains with bike-carriage facil­ities. However, unfor­tu­nately the TGV Lyria and French TGV services do not show on the search results so you have to choose the tgv-europe.com website (this brings another set of potential problems for UK travellers - see this post on avoiding the potential pitfalls).

Carrying your bike in a bag

If you are carrying your bike in a bag, you get a few more options. In particular there’s the SNCF TGV service from Paris Gare du Lyon to Torino. There are three trains a day, although the most likely candidate is the 14:41 train which gets into Torino at 20:18.

You could also go from Paris to München (journey time 6 hours or so) and then take a night train from München to either Rome, Milano or Venezia (and a number of destin­a­tions on the way).

Thello who operate sleeper trains from Paris to Venezia (via Milano, Brescia, Verona, Vicenza and Padova) used to prohibit bikes on their serves - even if you were carrying them in a bag. It looks like this has now changed and they are permitting bikes providing you carry them in a bag, and the bag meets their size require­ments (the total of height plus width plus length mustn’t exceed 160 centimetres).

Thello also offer sleeper train services from Marseille and Nice into north-west Italy, which could be a useful option.

Tips for carrying your bike bag on sleeper trains

Sleeper trains generally don’t have much space for luggage. One person with a bike in a bag will probably be OK, but if there are two or more of you then I’d suggest getting a private compartment.

If there’s one of you, my top tip would be to put your bike in the luggage space above the door. You might also be able to slide it under the bottom bunk. If there’s no other space you could try putting the bike bag in the space by the window behind the ladder to the upper bunks. 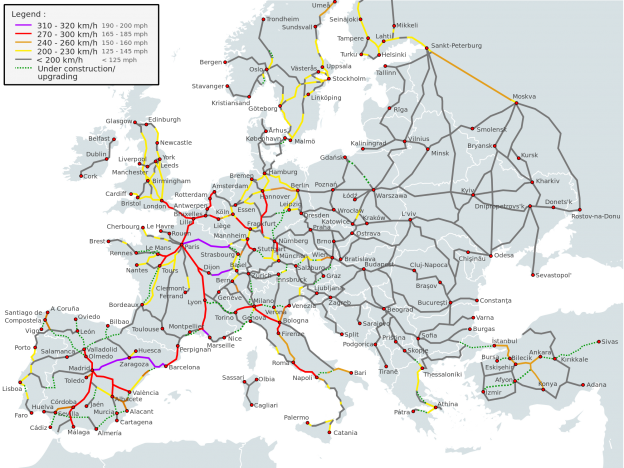