The Tirol is a major cross­roads in the Alps and has been a key trading route for thousands of years. It also has a rich history. In the mid-fourteenth century, the Habsburgs inherited the Tyrol. Friedrich IV made in Innsbruck their capital and began a spectacular rise to power that saw the dynasty trans­formed from a regional to a world power.

Two important reasons for the change in the family’s fortune were the trade in salt from the salt mines near Hall in Tirol (salt was once a precious commodity and the trade tightly controlled by the state and heavily taxed), and the silver mines near Schwaz. The combin­ation of new mining techniques and the intro­duction of a new silver coin (the gulden­groschen), which was the forerunner of the thaler and the silver dollar meant that in 1500 the mines at Schwaz accounted for 85 percent of the silver traded in the world. The mint in Hall continued producing coins for 300 years

Sigismund was succeeded by his cousin Maximilian who assumed control of the Tyrol in 1490. Through wars and marriages, he extended the Habsburg influence in every direction: to the Netherlands, Spain, Bohemia, Hungary, Poland, and Italy. His son died before him, but his grandson Charles V ruled over vast territ­ories in Europe and the Americas. 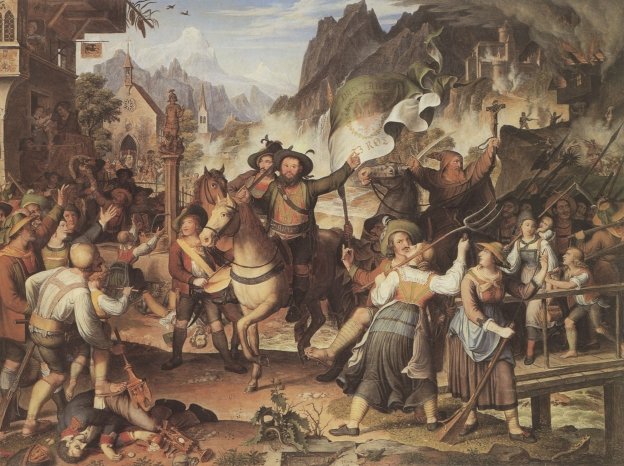 The Tirol’s hero is probably Andreas Hofer He came from St. Leonhard in Passeier near Bozen (Bolzano), in what is now Italy. After suffering a massive defeat at the Battle of Austerlitz, the Tirol came under the control of the Bavarians. Hofer was one of the organ­isers and went on to lead the Tyrolean rebel militias. With his big broad-brimmed hat and big bushy beard, he became an iconic figure.

The Tyrolean Rebellion began in April 1809. Knowing the area, and using the landscape, the rebels inflicted a number of defeats on the French and their Bavarian allies. However, the French and defeated the Austrian forces that had come to the rebels aid, and in October the Austrians signed a new treaty once again ceding the Tirol to the Bavarians. Hofer was defeated, and went into hiding, but was betrayed by a neighbour, and taken to Mantova where he was executed. 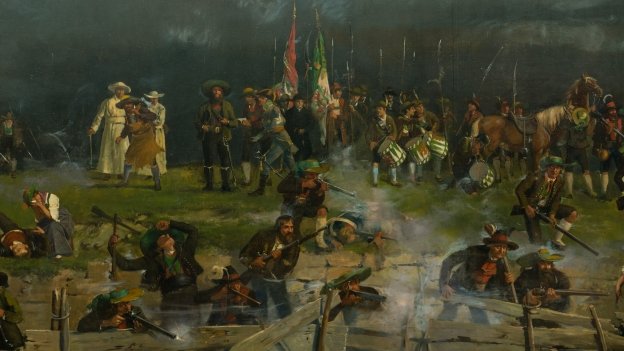 Innsbruck: the Tirol Panorama. This detail shows Andreas Hofer commanding the tyrolean forces at the third battle of Bergisel

Before the First World War the Tirol included the mainly German-speaking Südtirol and the mainly Italian-speaking Trentino. These become part of Italy after the war, although both now enjoy consid­erable autonomy as a result of agree­ments between the Italian and Austrian governments. 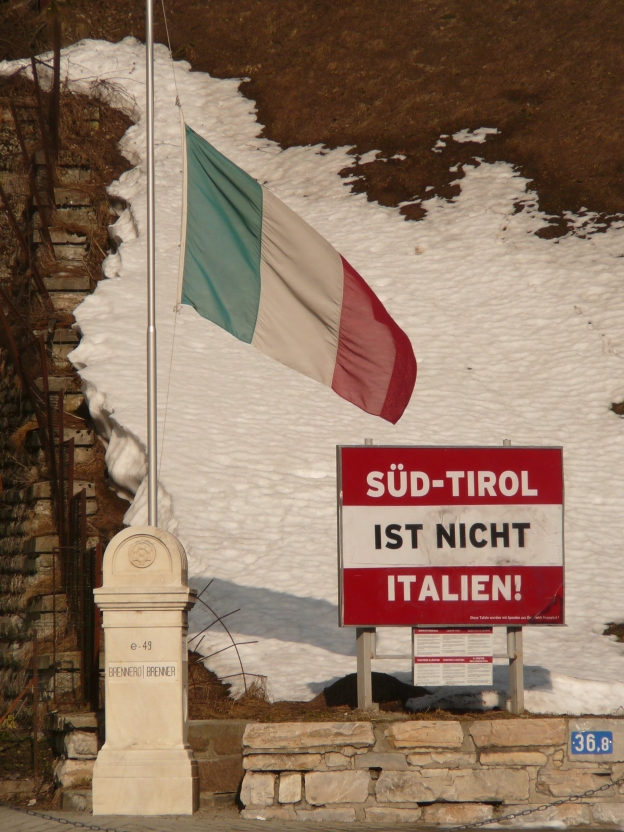