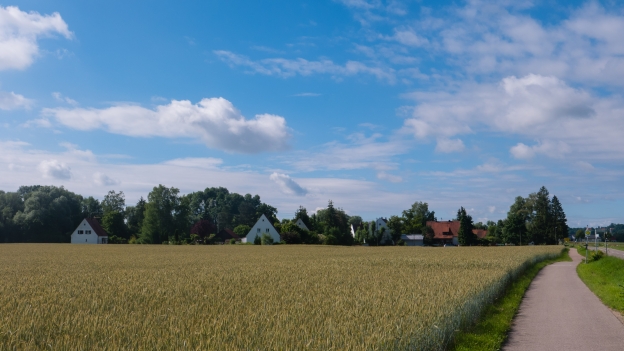 The Via Claudia near Nordendorf

Easy. The route climbs to ascend but the gradients is gentle you won’t notice it.

Mainly on surfaced roads or cycleways. Note that there is a signi­ficant stretch of unsur­faced cycleway along the Lech into Augsburg.

The signposting along this section of the route is excellent. However, there are a number of cycle routes in this area and if anything you may face a problem of inform­ation overload due to the sheer number of signs for different routes may be a problem. In particular there’s a cycle route (the Via Danubia) that has a very similar logo to the VCA logo. 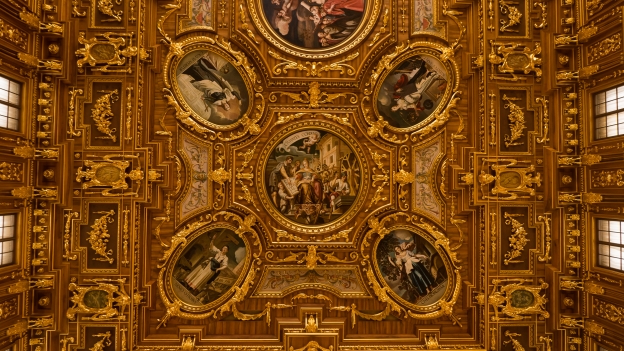 Augsburg: the Goldener Saal in the Rathaus

The first part of the Via Claudia is a gentle cruise south south through Bayern (Bavaria) heading for the Alps. The main highlights are the inter­esting and pretty towns of Augsburg and Lech am Landsberg.

The route starts in Donauwörth on the Danube (Donau) river. Initially it heads through through open countryside before turning east to pick up an unsur­faced bike path along the left (western) bank of the Lech river.

The path along the Lech will take you past Augsburg, but it would be a shame to miss it. The city was heavily bombed during the war but has been carefully restored and is a relaxed and charming place to wander round. It’s also pretty easy to ride around. My favourite bits were the Stadtmarkt and the little streets behind its renais­sance Rathaus (town hall). 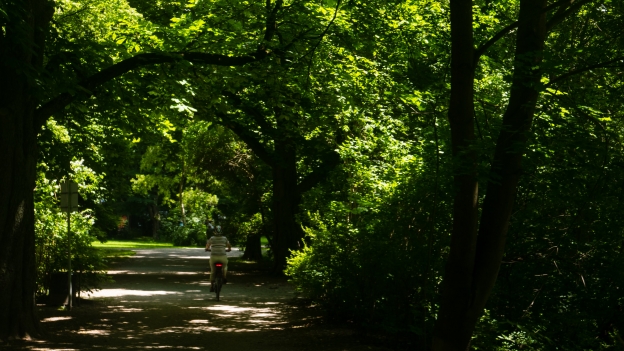 Cyclist on the riverside cycleway near Augsburg

Perhaps the most inter­esting place to visit in Augsburg is the Fuggerei.

The Fuggers were a family of merchants who grew rich trading along the Via Claudia Augusta and the Donau. Jakob Fugger the Younger became banker to the Vatican and the Emperor Maximilian.

The Fuggerei (en.wikipedia.org) is a community of houses built 500 years ago by a charitable found­ation estab­lished by the Fugger family to provide housing for the less well-off citizens of Augsburg (including Mozart’s great grand­father) . It is the world’s oldest social housing project.

The rents were (and are) fixed at the equivalent of less than one euro —plus three prayers a day.

One intriguing feature is that each doorway has a unique bell pull so that residents could identify their door in the dark.

One of the apart­ments in the community has been turned into a museum so you can see it as it originally would have been. There’s also an exhib­ition about the Fuggers and about the recon­struction of the Fuggerei after the bombing of Augsburg in 1944 —70 per cent of it was destroyed but it was rebuilt by the found­ation and its residents. 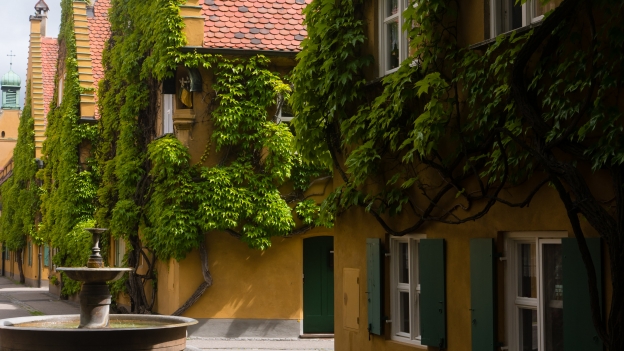 Augsburg towards Landsberg am Lech

The Via Claudia continues along the Lech before crossing the river at the Hochblass barrage. It then parts company with the river and continues on a combin­ation of cycleways and quiet roads.

The official route bypasses Landsberg am Lech completely, but if you want to visit it you can turn off the route at Erpfting and follow a cycleway that takes you pretty much all the way into the centre of Landsberg. Alternatively you could continue on the D9 cycle route south from the Hochblass barrage. The D9 sticks more closely to the river, but is unsurfaced. 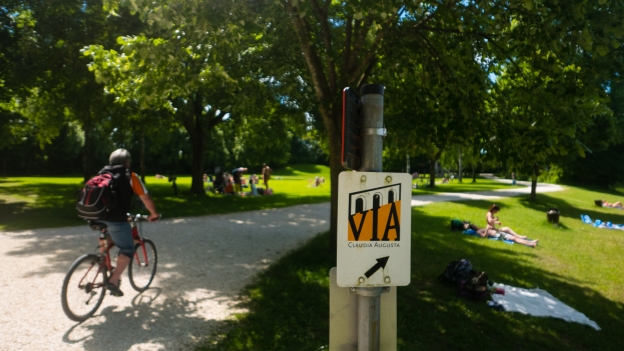 The Via Claudia near the Isesee

I loved Landsberg am Lech. It’s quite possibly the most attractive town on the whole route (OK, strictly speaking it’s not actually on the route).

Don’t miss the Mariä Himmelfahrt church or the medieval gates.

I stayed in the Jugendherberge Augsburg (which also offers very reasonably-priced rooms). The bike parking facil­ities weren’t secure so I ended up taking my bike to my room and putting it on the balcony, however they do have a big room in the basement for luggage storage which might have been an alternative.

The only campsite near Donauwörth is the Camping Donau Lech at Eggelstetten.

There are three sites to the northeast of Augsburg but I chose to stay at the hostel which made a convenient base for seeing the city.

There’s a campsite near Landsberg am Lech (the Campingpark Romantik am Lech, but it’s a bit of a way out of the city. I think it would have defin­itely been worth paying the extra for a to stay the night in Landsberg itself.

On the Lechsee I stayed at the Via Claudia Camping , which is a nice site with places for tents overlooking the lake. There are also a couple of sites on the route on the shore of the Forggensee.

In Reutte I stayed at the Camping Reutte on the outskirts of the town. Further on there’s a campsite a little way off the route beside the Heiterwangsee near, you guessed it, Heiterwang.

There are a number of stations along the route between Donauwörth and Landsberg am Lech. South of Landsberg there are only two stations: at Schongau and Füssen. 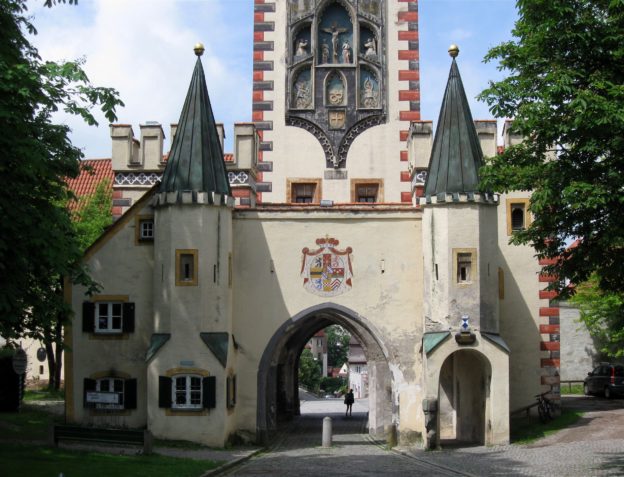