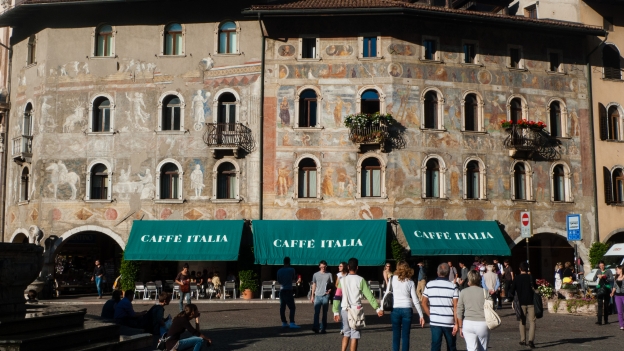 Frescoed houses on the Piazza Duomo in Trento

Trento is on two of the major inter­na­tional cycle routes in Italy: the Ciclopista del Sole (eurovelo 7) and the italy-cycling-guide.info: Via Claudia Augusta

Trento is defin­itely worth a stop - even if it’s only a brief one to visit the Piazza del Duomo - this is only a couple of hundred metres or so off the route (but sadly, not signposted), with the frescoed palazzi. If you have time there is also the Palazzo Geremia on the Via Belanzani. 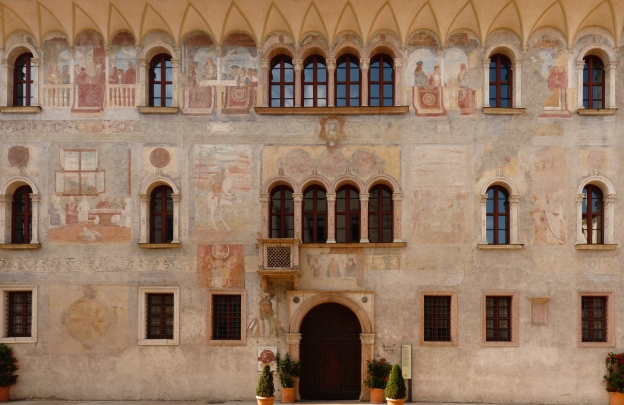 The star sight in the city is probably the Castello Buonconsiglio (wikipedia) and in particular the Torre dell’Aquila with the Cycle of the Months frescoes. The castle was the residence of of the Principi-Vescovi (Bishop Princes) of Trento. For centuries Trento was a princip­ality, but a princip­ality with a difference in that the prince was a bishop.

In the castle is the Ciclo dei Mesi (Cycle of the Months) e series of frescoes by the ‘Maestro Venceslao’. It is a delightful portrayal of life through the different months of the year at the end of the fourteenth century - starting with snowball fights in January. Click the image for a gallery. (All pictures by Diana Pitocco via Wikimedia Commons) 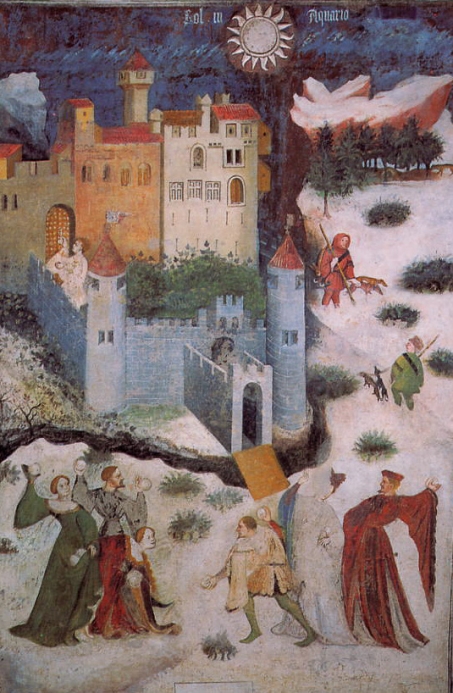 In complete contrast to the Castello del Buonconsiglio are Le Gallerie one of Italy’s most unusual galleries. It’s a short distance from the city centre on the other side of the river. In Italian the word galleria means both a gallery and a tunnel. In this case the galleria are two redundant road tunnels that have found a new life as stylish exhib­ition spaces.

Opened in 2013 in a building designed by Renzo Piano, the MUSE, Trento’s science and technology museum, will defin­itely be on my list of things to see when I am next in Trento.   Watch the promo video (plays in overlay). 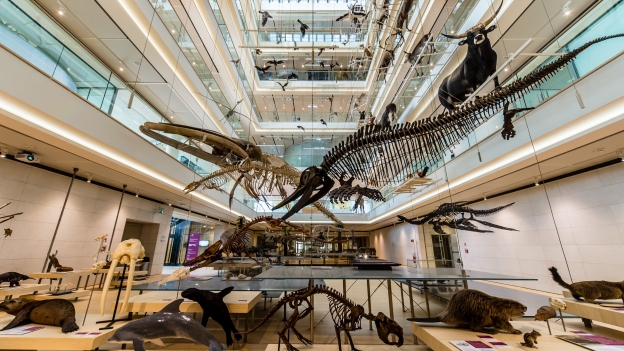 The Comune di Trento have made a short promo video for the city and area. 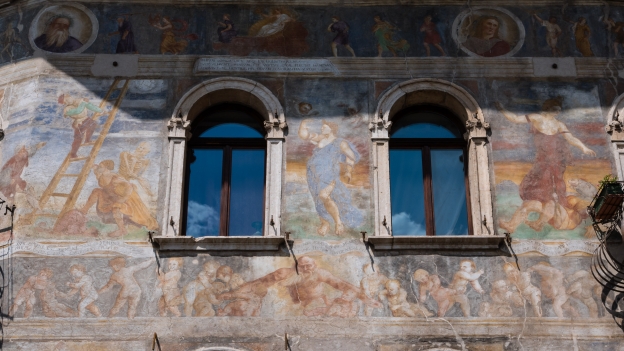