The Südtirol and the Trentino (or Provincia Autonoma di Trento to give it its official name) are both lie on the either side of the the Adige river valley.

Geographically they have a lot in common, and until 1918 a large part of this area was part of the Austro-Hungarian empire, however polit­ically and linguist­ically they are very distinct: the Südtirol is predom­in­antly German-speaking while the Trentino is mainly Italian-speaking. The history and the mixture of different languages and cultures make this one of the most distinctive of Italy’s regions.

Some of the major inter­na­tional cycleways pass through this region and it’s tempting to take advantage of them to speed south (or north), but it’s an area that is a fabulous touring destin­ation in its own right, with some of Italy’s best cycleways, spectacular scenery and lovely mountain villages. 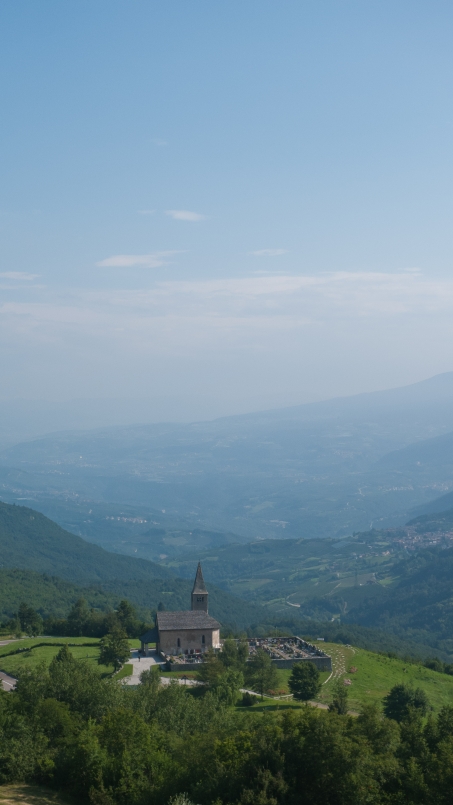 Church with the Adige valley in the background